Will sound healing therapy resonate with you?

One of the fastest-growing therapies is healing with some form of sound. Cate Montana listens in…

Back around 530 BC, Pythagoras, the first person in the West to declare the Earth was round, taught that music can bring the souls of men and women into harmony, calm the mind and restore the physical body to perfect health using harmonic ratios as a medicine for mental and physical diseases.

In ancient Greece, music became so widely respected for its impact on physiology that it was even used to improve the sports performances of athletes during the Olympic games. The ancient Egyptians used vowel sound chants in healing. Australian aboriginal peoples are believed to have used musical instruments for healing purposes more than 40,000 years ago. And now many forward-thinking therapists of many varieties are finding the power of certain sound frequencies to heal.

Sound is a vibratory waveform measured in cycles per second (cps, equivalent to Hertz or Hz) that varies with time (like voltage or current). The human ear can detect sounds from around 18 cps to approximately 18,000 cps, although as we get older our hearing decreases in acuity. Young children can sometimes hear above 20,000 cps, and dolphins and whales can produce and sense waveforms up to 180,000 cps…… 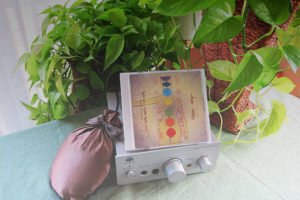 Candace Caldwell uses both the sound healing modalities found in the article below:

“In the world of sound healing, there are two main methodologies: psychoacoustics and vibroacoustics. Psychoacoustics refers to sound produced from an external source that is consciously registered through our ears and our brain, such as from music, gongs, singing bowls and tones, thus affecting the entire nervous system.

Vibroacoustic therapy, as the name suggests, is primarily vibratory in nature, with sound delivered to the body in any needed location via speakers, believed to affect the patient at a cellular and even a molecular level.: 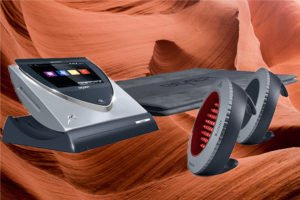